Orsinium is a zone in ESO which comes with the Orsinium DLC. This can be purchased on the Crown Store for 3,000 Crowns or you can access it with an active ESO Plus subscription.

Orsinium was released on November 2 for PC/Mac, November 17 for XBox and November 18 for PS4.

When you enter Wrothgar, which is the zone containing Orsinium, with the Battle Level option turned on your stats will scale upwards to be similar to an average VR15 player. This is a system put in place originally for Cyrodiil and PVP but will now also be used in the Wrothgar zone to let all players of any level to play at any time. It works pretty well and takes into account your Attributes and some of your gear to reflect your choices.

There are two new Public Dungeons – Rkindaleft (Dwemer Ruin) and Old Orsinium. These Public Dungeons are large an expansive and designed for groups although they can also be completed solo. They are similar to the other Public Dungeons in the normal zones.

Unearth the secrets of Rkindaleft, a Dwarven ruin trapped within a glacier, that has long been the subject of whispered rumors and tales told to frighten Orc children.

Plunge into the crumbling, abandoned depths of Old Orsinium, the ancient first location of the Orc capital, destroyed in the First Era. Pass through the three legendary gates – Smelter, Hammer, and Temper – descend into the Caves of Dark Abundance, and locate the sacred fire of Malacath that burns deep inside the Temple of Grudgement.

The Maelstrom Arena is a solo arena with nine waves on powerful enemies.

Journey into the churning void of Oblivion to do battle in the legendary Maelstrom Arena! Designed by the eccentric Demiprince Fa-Nuit-Hen, this bizarre Daedric crucible will push even the most powerful adventurers to their limits. It is a contest without allies and without mercy. In the Maelstrom, only the strong survive.

The Maelstrom Arena is located in the mountains of Wrothgar and is only available to complete solo. There is both a Normal and Veteran version with rewards scaling to your level.

There are new item sets which can only be granted as rewards for completing the arena and these drop in both Normal and Veteran modes. There are also unique jewellery and weapons available.

The Maelstrom Arena is tied to a repeatable quest which allows you to save your progress after each wave and return to complete it later.

There are four Sigils that will aid you with your battles in the arena. To use a Sigil, simply walk near it and the Synergy prompt will appear. Press your Synergy key, and the Sigil will be activated.

There are always new item sets with each DLC release and Orsinioum comes with several. There are new crafted sets, new sets which drop in the two Public Dungeons and some new Master Weapons called Maelstrom Weapons.

Take a look at them all on the Orsinium Item Sets page.

All raw materials in Wrothgar will look like (and drop) materials based on the peak of your aptitude in the craft they are associated with. This applies to Blacksmithing, Woodworking, Clothing, Enchanting, and Alchemy Water in Wrothgar. So this means that you can always get the crafting materials for your level in Wrothgar.

The pages of the Ancient Orc Crafting Motif are split between the enemies in Old Orsinium and Rkindaleft, with each Public Dungeon having the chapters that the other does not. Defeating these foes will rarely grant a chapter of the Motif – or, if one proves exceptionally lucky, the entire Motif book.

The Akaviri Style Motif is coming out at the same time as the Orsinium DLC but is sold in Cyrodiil by Siege Merchant for Alliance Points.

We know of at least 10 new recipes coming in Wrothgar with 4 coming from a series of quests. The others will likely be found in Wrothgar like other recipes.

New bear mounts are coming with the Orsinium DLC as part of the Crown Store. 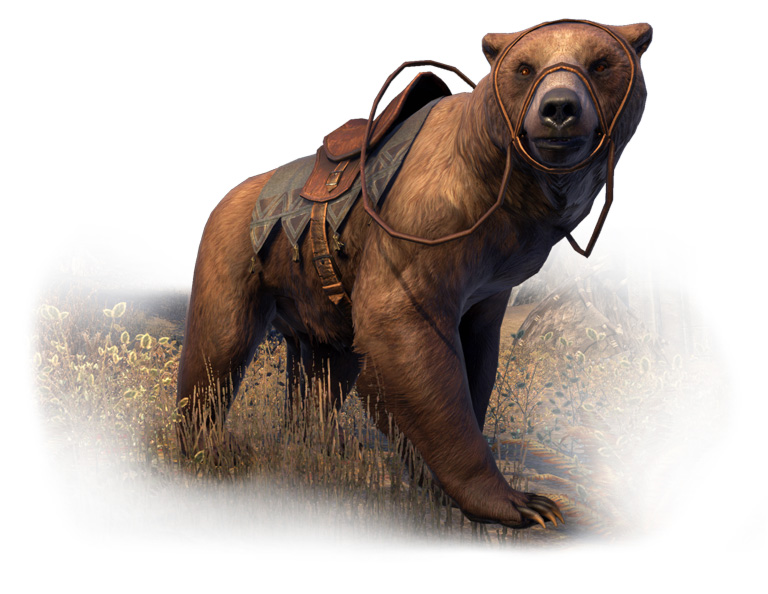 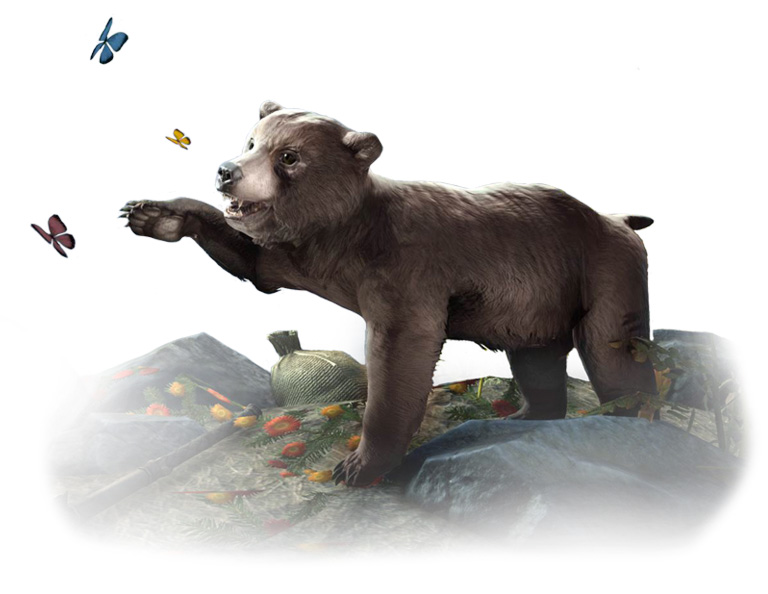