The New Life Festival promises entertaining quests that will take you all across Tamriel and offer plentiful rewards! For every one of the nine daily festival quests you complete, you’ll receive an exclusive New Life Gift Box that could contain rewards such as a new Skinchanger Motif Chapter, a collectible Memento, costumes, hats, and more!

To get involved, track down Breda outside of Windhelm and accept the first quest called The New Life Festival. Once complete, you’ll be able to accept up to nine different daily quests that will take you to different locations across Tamriel. In addition, drinking Breda’s Magnificent Mead (located in a keg near Breda) will net you double XP for two hours.

You can complete all of these race themed quests.

Upon completion of each quest, you’ll be given a New Life Gift Box which contains a random assortment of New Life Festival-themed goodies.

You will always get the following items.

In addition, you will also receive ONE of the following. 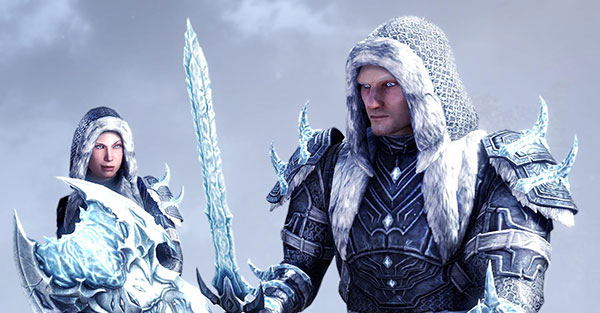 If you’re able to complete all the quests that Breda has for you, you’ll receive a special new dye – New Life Cerulean – and the New Life Celebrant achievement. Completing all the New Life related achievements will grant the “Magnanimous” title as well! In addition, drinking Breda’s Magnificent Mead (located in a keg near Breda) will net you double XP for two hours. Be sure and complete each quest before the New Life Festival concludes on Wednesday, January 4 at 15:00 GMT.