This sneak peak of some changes in Update 13 is from this thread of the forums posted by Rich Lambert.

We are going to be making some changes to these sets to balance out their burst potential. When the update hits, any set that has a damage or heal proc component to it will no longer crit in PVE or PVP. We chose this direction as we like the concept of these sets and still want them to be interesting and viable, we just wanted to tone down their overall burst potential.

AoE caps are there to help keep single-target abilities effective in PvP. In addition, they allow players the chance to survive some of the larger-scale battles a bit longer. We are going to modify the damage caps so that players take more damage. This will have an adverse effect on the newer players in Cyrodiil – and will make AoE more effective, but will help combat the balled-up “stack on crown” groups and spread players out more.

We are starting fairly conservatively with this initial round of changes and once we have had a chance to see how they affect things in Cyrodiil on a large scale, we will evaluate further changes.

All poisons now share the same global cooldown and no longer have individual cooldowns. This means that when Update 13 goes live, it will no longer be possible to proc a poison more than once every 10 seconds.In addition, we’ve been able to track down and fix a separate issue where poisons could sometimes double proc.

This has been an ongoing issue in Cyrodiil for a long time now – due to the nature of combat in Cyrodiil there were cascading threat issues between players. We’ve changed how threat is transferred between players and when Update 13 goes live, you should always drop combat properly after 6 seconds of ending a battle. Note: If you are grouped with other players and they are actively in combat, you will still be considered in combat as well.

Charging into Load Screens in Cyrodiil

We think we have a fix! It’s been really, really hard for us to repro this one internally, and therefore really difficult to fix. A huge thank you to everyone who has submitted locations and videos of how to reproduce the issue. If you get it again after Update 13, please let us know.

We’ve been working on ways to add more things that you can purchase with AP. With Update 13, we are updating the PVP vendors in your home keeps and adding a new item called Zone Bags. These Zone Bags contain a set item from an overland zone and will scale to your level. For example the Auridon Zone Bag will only have Queen’s Elegance, Twin Sisters and Veiled Heritance item sets in it. The bags will cost 5K AP and always contain one green or blue quality item in them.

Rich Lambert didn’t mention Class balance changes but we know there are a few changes to Class Skills coming in Update 13!

Of course the big feature of Update 13 will be player housing called Homestead. We have an image gallery of homes going on at the Homestead Homes page. 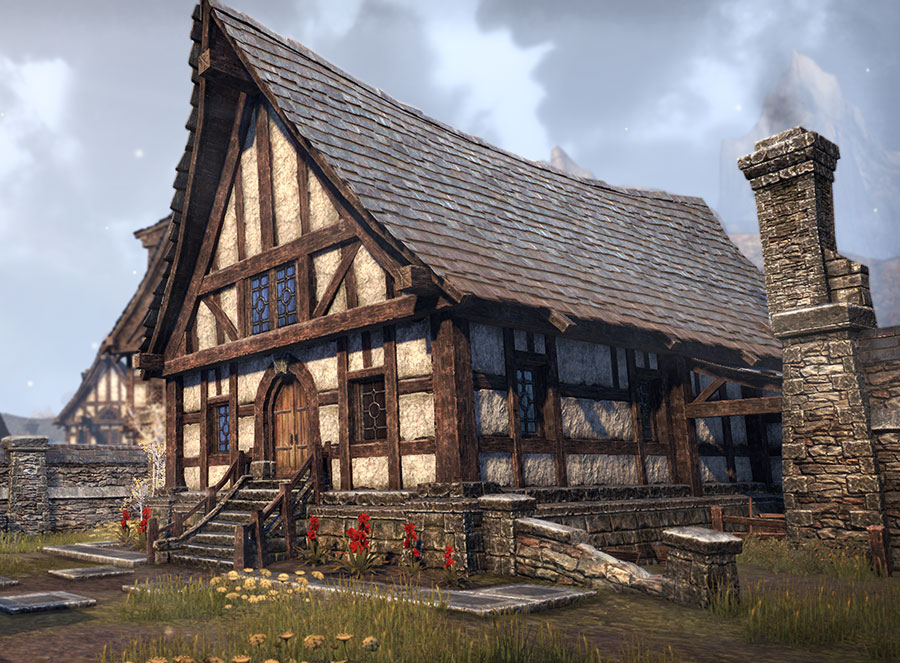