The Witches Festival is upon us! From now until November 1, the Witchmother is offering all adventurers the opportunity to get their hands on the Witchmother’s Cauldron with a supernatural twist.

The Witchmother’s Cauldron will turn you or any member of your group into the Undead with a 100% XP boost and earn spooky loot, such as the Hollowjack Motif and exclusive masks, by defeating bosses and earning Plunder Skulls!

To become the undead and reap the benefits of bonus XP and Plunder Skulls follow these steps. 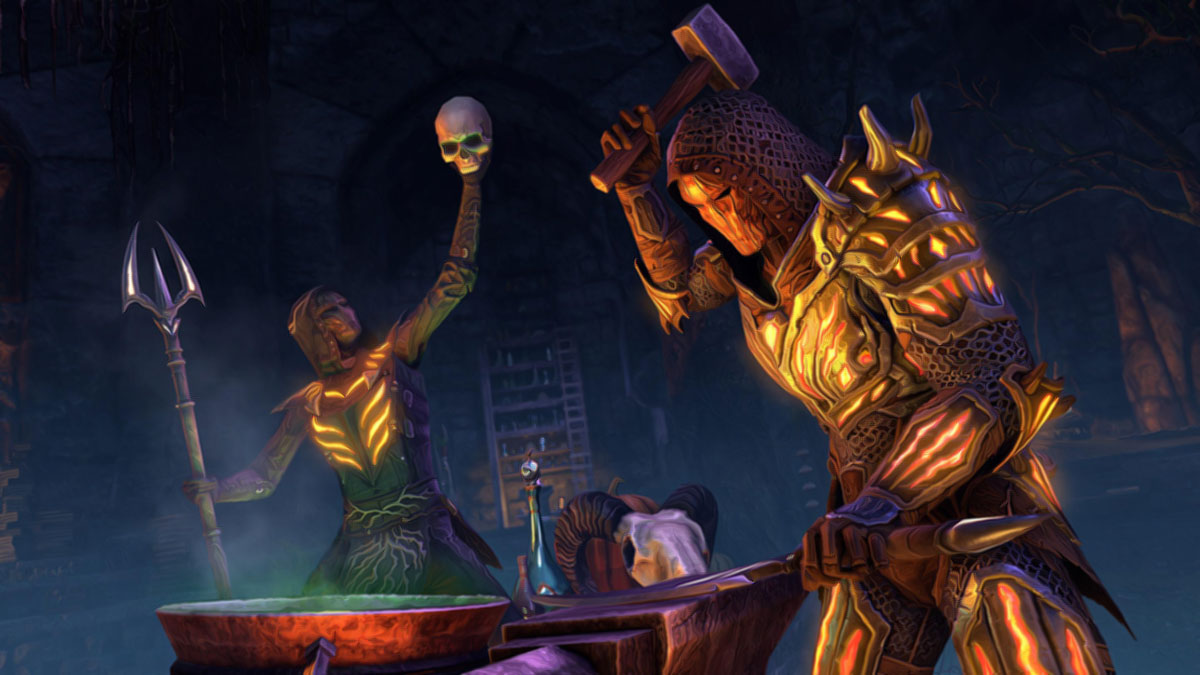 Tamriel’s ancient autumn tradition, The Witches Festival, arrives on the 13th of Frostfall (October 13th) and so begins an annual clash of sorcery and religion. For the remainder of the month, demonologists, conjurors, lamias, warlocks, and thaumaturgists will convene in secret locations throughout the wilds of Tamriel to engage in all manner of incantations, invocations, and conjurations, and the profane creatures they create or summon may plague Tamriel for eons!

As spirits stir and the undead rise from ancestral tombs, stalwart adventurers will be tasked with special activities that will reward them with gruesome goodies, terrifying treasures, and awesome achievements.

The Pinnacle of Tanking
Dragonknight, Healer, Tank
View All Builds