When you fight NPCs in ESO, also called monsters or mobs, there are specific mechanics to watch out for. These include red circles on the ground, white lines, red lines and other visual cues. There are several fight-specific visual cues and mechanics for bosses and enemies in Group Dungeons, Trials and elsewhere – this page describes the basic NPC mechanics.

These red circles are one of the most common visual cues when fighting in PVE. They are simply a red shaded circle on the ground, and this indicates danger. You should always attempt to get out of red circles or red areas.

There are a number of different types of red circles – some cause damage, some slow you down, some cause specific types of damage like Flame Damage, etc. Generally any area of effect ability cast by an NPC will create a red circle.

To get out of a red circle you can simply run out it or if you need to be quicker you can roll dodge out of it. You’ll notice that some red areas are cone shapes and others are created around the casting NPC enemy. Some red areas will also move around, so watch out for these. 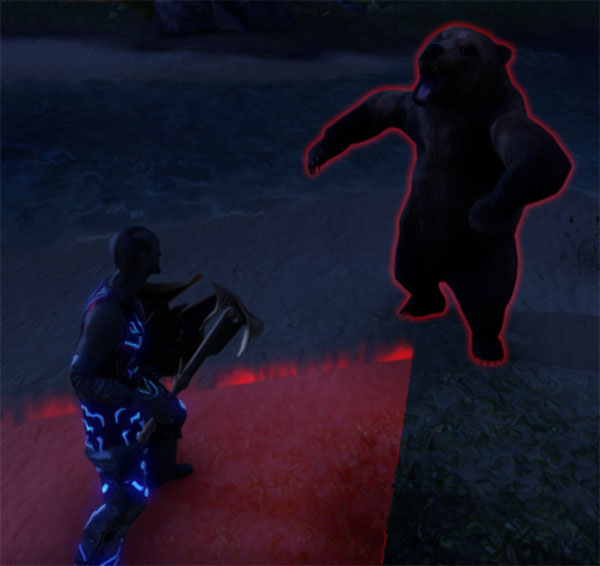 This visual cue indicates that an enemy NPC is winding up a Heavy Attack. A full Heavy Attack will deal more damage and will also likely cause another effect like a knock down or stun. You can avoid these attacks by roll dodging away or you can negate the extra damage and disabling effect by blocking. When you block a Heavy Attack you’ll set the enemy off-balance allowing you to perform a Heavy Attack of your own and knocking them down to the ground. 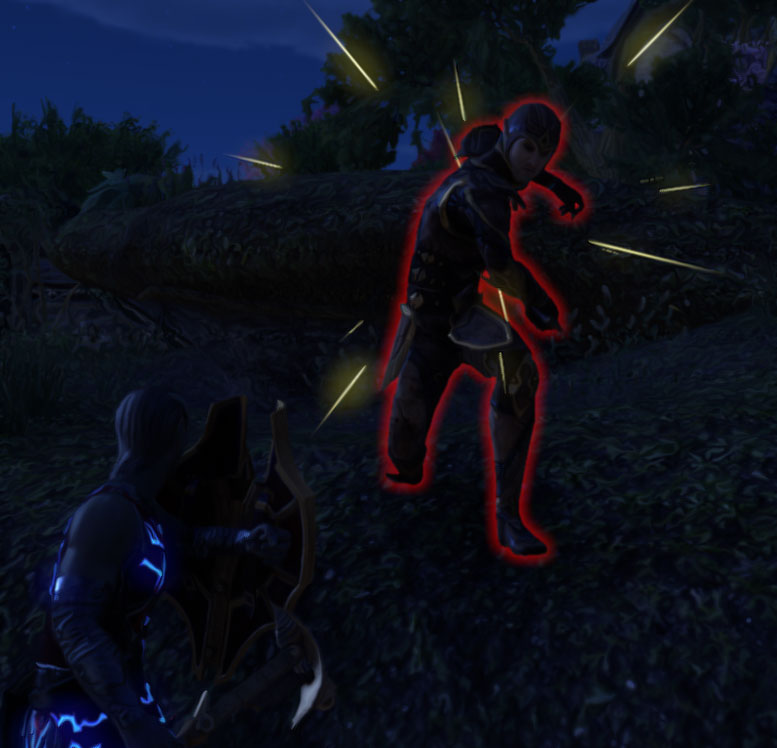 It can be really important to bash enemies when red lines appear as often the ability they are casting does heavy damage or area of effect damage. 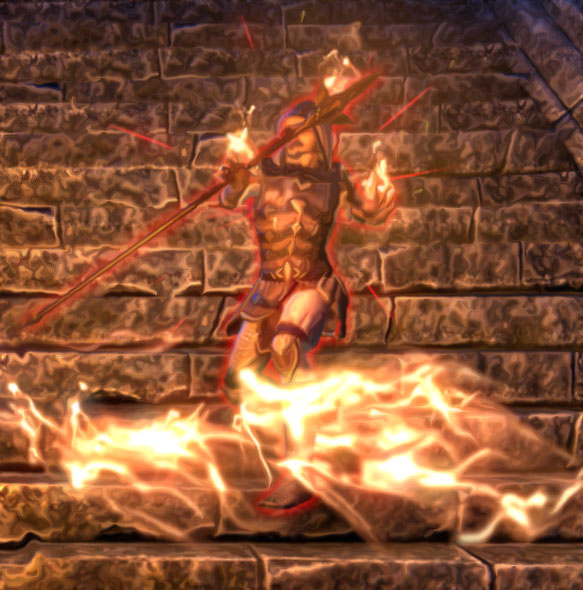