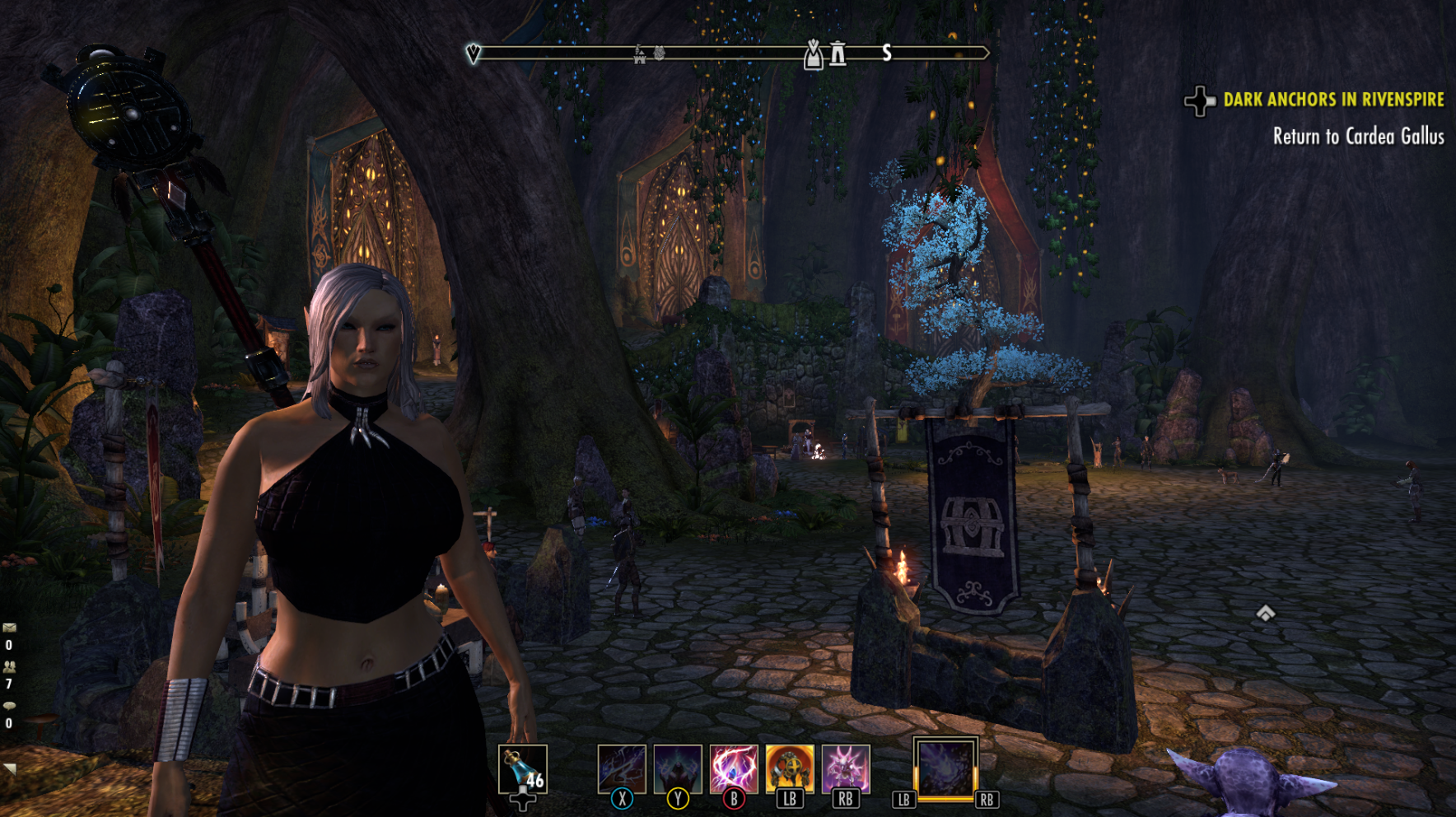 I use a set of Iambris,  False God, and Mother's Sorrow. Iambris gives a chance to do area of effect damage with my shock or shooting star.  False God  gives you tons of magicka from kills and lowers the cost of spells and increases damage. Mother's Sorrow gives you tons of spell critical which increases your damage. I use two Decisive Lightning staves for an increase in ultimate for Shooting Star.

I have Hardened Ward and Critical Surge on my main bar because those are the most important skills for a Sorcerer. Critical surge heals you when you kill enemies and Hardened Ward gives you a damage shield for 6 seconds that makes you invulnerable to a certain amount of damage. Those two skills turn you into a mediocre tank. I have tanked Normal Dungeons before when we were desperate for a tank. Get Inner Fire from Undaunted for a ranged taunt. With those two, Volatile Familiar, and Liquid Lightning I was able to solo Skyreach at level 30. After you summon the familiar, press the familiar button again and it will explode doing area of effect damage. After casting Ward and critical surge i can run around using pulsar and activating familiar to do tons of area of effect damage. Shooting Star is an incredible ultimate but it takes forever  to get enough lorebooks to level Mages Guild to 10. You gain ultimate for every enemy you kill, so its important to cast it when you are surrounded. I have cast it in Skyreach and it immediately refilled three times in a row. You don't have to find all those books and can use destruction ultimate. This is an area of effect build, the only direct damage spell is Endless Fury and you should use that when the enemy is almost dead. I put 5 points in health for some durability but you can max out magicka if you want.

IMPORTANT PASSIVES  Max them out