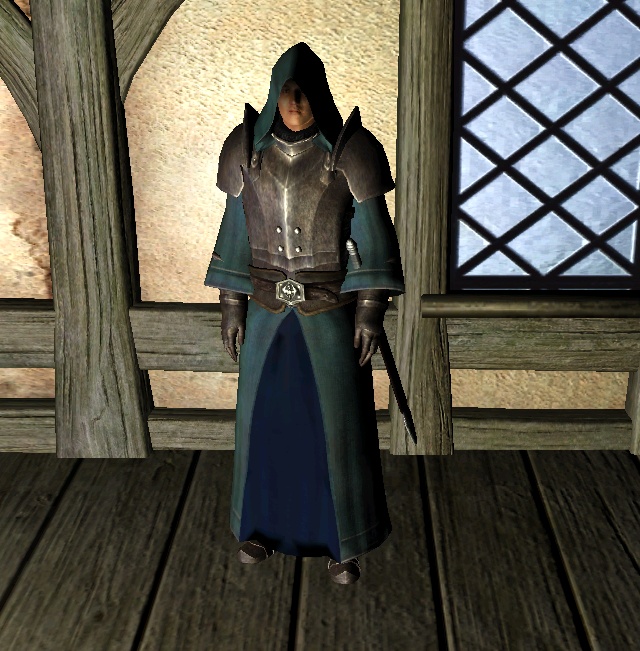 I prefer to have guild mates craft my armor as well as enchant said armor with my own enchantments. In this build the Greater Storm Atronach acts as the Tank, in partnership with the Unstable ClannFear, using the Twilight Matriarch for minimal ranged attacking, and mainly for Healer of the player. As far a jewellery goes, I have the Ring of Mara (which I highly recommend to everyone [everyone= those who have someone to play with{someone= person who plays often, person who plays when you play, person who is willing to get on at any time or is “on-call”}] at the cost of a couple Crowns) and a necklace as well as secondary ring which I do enchant myself. The gear would most likely be most effective as a complete set, but for aesthetic purposes I prefer to sport a Heavy Armor Chest Piece and the rest Light Armor. It is a essentially a broad metal Chest Piece, Cloth Hood and Cloth Pants. Emulating the Style of the Mage’s Guild Battle Mage, popularized by Elder Scrolls: Oblivion.

The most bold feature of this build would be the fact that all points go towards my Magicka pool, leaving there to be no points in both Health and Stamina collectively. Although this a controversial decision I feel as a Necromancer with a nearly infinite pool of Magicka to work with is quite necessary. In this I do realize that it makes my character much more vulnerable, but I never get too deep into the thick of battle, I try not to. I remain on the perimeter casting curses, and sending monster back into battle once killed and placing a ward on them so they do not go so silently into that good night. Using the Destruction Staff with raised passive abilities on the Destruction Staff Skill Tree allows me to also finish any stragglers or to even take on an opponent or two, one on one, in a situation if necessary, as a last resort. I do believe he does a good job against them too. In that case my Twilight Matriarch would’ve either gone into battle (which rarely happens) or perished before I could re-revive her.