What is the Champion System?

The number of Champion Points that you have is your Champion Rank, so these terms mean the same thing.

Introduction of the Champion System

The Champion System contained a host of significant changes to skills, stats and mechanics, as well as changes to some key aspects of Elder Scrolls Online. The first stage of The Champion System was converting Veteran Points to Experience Points (XP) to ensure a seamless transition to the Veteran Ranks from Levels 1 to 50. Patch 1.5.2 completed the first stage. The second phase was the largest phase and involves the bulk of the new Champion System features but maintains Veteran Ranks. The final phase was the move to replace Veteran Ranks completely and was completed with the Dark Brotherhood in Update 10.

The first thing that that occurred in Patch 1.6.5, which introduced the Champion System, is that the in-game numbers (stats, damage, etc) changed to much larger numbers, roughly ten times what they used to be. This was an aesthetic change designed to help display the value of small bonuses the likes of which will be gained from Champion Points. A bonus of 300 Health is more visible compared to a bonus of just 30 Health, even though the relative difference will remain the same. This change impacted all stats which are whole numbers. If you have started playing ESO after this change you will know no difference but before this happened stats used much lower numbers than they do today.

You can spend these points on various improvements to your character stats by spending them in Constellations – which are similar to Skill Lines and provide small incremental bonuses.

Champion Points, once earned, can be spent on all of your Characters.
So, for example, if Character 1 earns 20 Points then Character 2 and 3 will also be able to spend 20 Points.

There is a cap of 561 on allocated Champion Points. This means that you can continue to earn Champion Points but you can only allocate 561 of those points. The cap will be raised in the future to allow for further content and further progression.

Enlightenment is a catch-up mechanic which aims to let less active users catch-up over time by granting more XP towards Champion Points. For all the details check out the Enlightenment page.

In each Constellation there is three Star Signs and each of these contain 4 “on-going” passives and 4 “one-off” passives.

The on-going passives are small bonuses which build up with more CP invested into them. The Points that you spend in these will have diminishing returns and every Point you spend will have less and less of an impact. 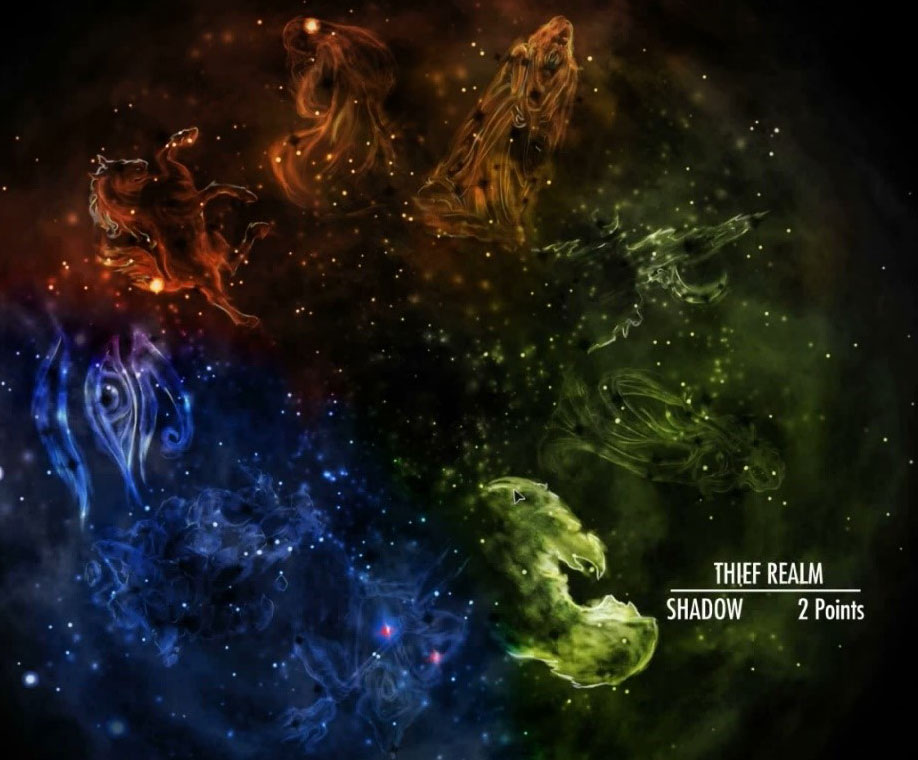 The Champion system allows for extreme flexibility and customization with many different options and specializations available. The full list of Champion System Passives are below divided into the three Constellations – The Warrior, The Thief and The Mage.

The Champion System was actually a complete overhaul of a lot of the mechanics at work behind ESO.

Listening to the audio from the Guild Summit it is clear that the developers want to allow characters to specialize in particular areas and ensure that a character cannot be the absolute best at everything. For example, your character may be a really great healer and and a good tank but will not be able to be completely optimized in both roles. The developers demonstrated this with the Pie Concept.

Stats in ESO – Health, Magicka, Armor, etc – have a “pie” chart which will be used to map out the path necessary to achieve the maximum of that particular stat. The developers in the Guild Summit used Armor as an example. First off, Armor is going to have a hard cap, like every other stat in the game will, above which you cannot go. So if the Armor cap is 35000 then that is the most Armor your character can ever get.

To get your character to the cap involves absolutely everything that increases Armor: Gear, Champion Points, Traits, Mundus Stone, Set Bonuses, Buffs, etc. This should mean that characters can’t simply stack multiple buff abilities to reach the Armor cap – buff abilities will only take you so far before you require other things to increase your Armor.

Here is a pie chart with information from the Guild Summit (which is likely to change) which demonstrates the Armor example.

That is just an example of Armor – now imagine every single stat in ESO having the same system.

The developers hope that this will create a larger gap or separation between the styles and characteristics of players and allow each character to be extremely customized. The developers insist that the changes to skills and abilities bundled with the Champion System will ensure that no one build is the best at everything and that players will have a variety of methods available to reach their goals.