Update 12 (Patch 2.6.0) is the next major update to Elder Scrolls Online and has just been released to the Public Test Server. Update 12 is expected to go live in October 2016.

The entirety of Update 12 is free and does not contain any new DLC content. This update aims to address some quality of life issues and add some commonly requested features to the game like player dueling and Weapon Ultimates. The system which scales players to every zone, called One Tamriel, is also arriving with Update 12, meaning this update is a major change to the core game mechanics of ESO.

One Tamriel is a system which is going to allow players from all Alliances and Levels play together in all of Tamriel. It will also make all characters scale to all zones – basically making every zone work in the same way as Orsinium, Hew’s Bane and the Gold Coast.

More Info on One Tamriel

A system where players can duel each other has been requested since ESO was first launched. This system is coming with Update 12!

After the challenged player accepts the duel invitation, a countdown to begin will appear in the center of both player’s screens. All outside influences such as healing and buffs from other player characters will be blocked when a duel begins, and will last for the duration of the duel. If you attack a monster this will NOT break or end a duel.

The Battle Spirit effect (level scaling) will still be applied during duels.

A duel will have a radius you must stay inside, and will be centered around a Dueling Flag. You will be notified if you are nearing the “out of bounds” area of the duel as leaving the duel area results in a forfeit. A duel is completed when one player character is knocked down to 0 Health. You will be offered a free resurrection if defeated, or can be resurrected by other player characters. 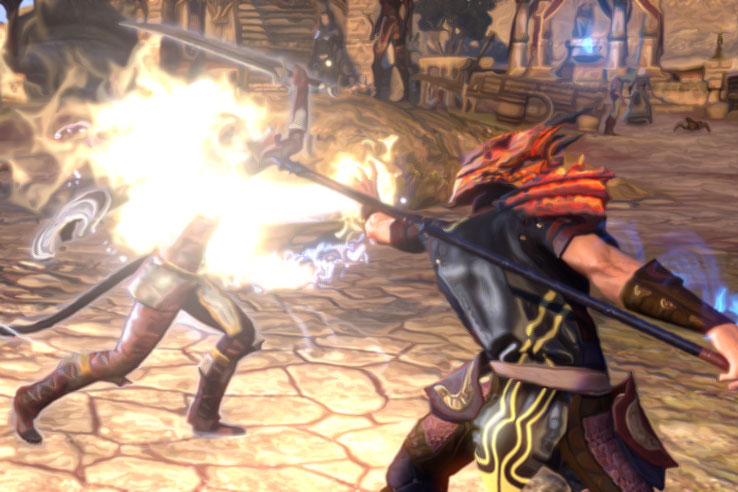 Some major itemization changes are bundled with Update 12, including a lot of changes to item sets.

In general, each zone and dungeon in the game will now drop 3 sets – one for light, medium, and heavy armor – and all set drops in the game will scale up to CP160. Most item sets will now drop a piece for each slot and sets that grant a bonus to melee damage will no longer drop staffs or bows. All set drops have a chance to be green, blue, or purple quality. The chance of receiving blue and purple quality items increases as you gain more levels. All set drops from the overland are now bind-on-equip and all set drops from Dungeons and Trials are bind-on-pickup.

Visit Item Sets for more information on every set in ESO as of Update 12 on the PTS.

Weapon Ultimates have been added to ESO and each Weapon Skill Line now has one Ultimate, and each Ultimate can be obtained by reaching Rank 50 in its respective skill line. Weapon Ultimates can be morphed as well!

Target: Self
Duration: 5 Seconds
Cost: 100 Ultimate
Reinforce your shield, allowing you to block all attacks at no cost for 5 seconds.

Target: Area
Range: 7×8 Meters
Duation: 8 Seconds
Cost: 150 Ultimate
Slash all enemies in front of you, dealing (x) Physical Damage over 8 seconds and healing you for 50% of the damage done.

Target: Area
Range: 28 Meters
Radius: 10 Meters
Duration: 10 Seconds
Cost: 250 Ultimate
Create a cataclysmic storm at the target location that builds for 2 seconds then lays waste to all enemies in the area, dealing (x) Magic Damage every 1 second for 10 seconds.

Target: Single Target
Duration: 5 Seconds
Cost: 125 Ultimate
Release the rejuvenating energies of your staff to swirl around you or an ally for (x) Health every 1 second for 5 seconds.

There are lots of small improvements to ESO bundled in with Update 12.

The Pinnacle of Tanking
Dragonknight, Healer, Tank
View All Builds