A valuable mechanic of combat in Elder Scrolls Online is roll dodge. When you roll dodge you actually cause any incoming attack to miss you, taking no damage or secondary effects at all. Of course there is a down side – it costs Stamina to perform a roll dodge and even more Stamina to perform multiple dodges one after another in quick succession.

The main point of roll dodging is to avoid damage, so use it when you can see an enemy about to cast a ability which causes lots of damage. You can also use it to avoid the secondary effects of enemy abilties like snares, stuns and other crowd control effects.

A roll dodge also lets you move quickly along the ground to avoid dangers (like red circles) and can trigger other effects. If you have a bow equipped and have the Hasty Retreat passive you’ll gain extra movement speed for a short duration. If you have Phase from the Champion System you’ll gain extra Armor for 3 seconds after roll dodging.

The cost of performing a roll dodge increases with your Level at a flat rate and is not a percentage of your Max Stamina.

It’s important to realise that roll dodging in quick succession increases the Stamina cost by 33%. You can see this effect after you complete roll dodging because your feet display a green particle effect. When this is removed, after a couple of seconds, you can dodge again at normal cost. 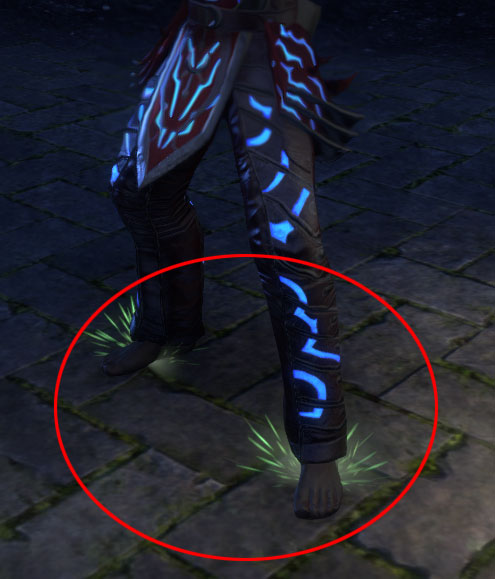