The Maelstrom Arena is a solo instanced arena where you can face off against waves of enemies and earn great rewards. The Arena is located in the zone of Wrothgar (Orsinium DLC) near the north east corner of the map. To access the Maelstrom Arena you will need to either have an active ESO Plus subscription or have purchased the Orsinium DLC on the Crown Store (3000 Crowns). You can tackle the Arena at any level with the Battle Level feature which raises your stats to an average VR14 character. In fact Battle Level can be on throughout the Wrothgar zone.

The Maelstrom Arena can be completed in two different modes – Normal and Veteran. You will gain access to Veteran mode when you reach Veteran Rank 1.

Your progress in The Maelstrom Arena is saved and you can stop and resume after each stage. So there are nine stages in total and you can complete these one by one with a break in between with no progress lost. This is possible because the Arena is tied to a repeatable solo quest. 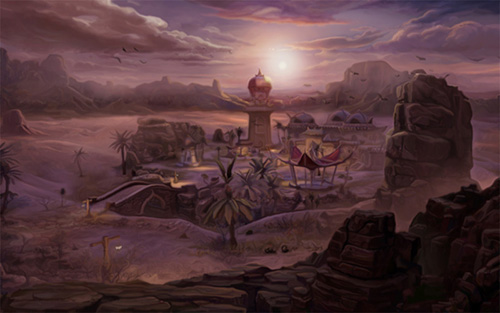 There are multiple rewards in the Maelstrom Arena. You will be able to loot enemies and these have chance to drop some of the new weapon and jewellery item sets, amongst other things. In both the Normal and Veteran modes you can be rewarded with these new sets. The Veteran Mode can possibly reward a Maelstrom Weapon. You will be also be rewarded after each stage of the Arena.

Malestrom Weapons are like Master Weapons and are enchanted with an ability-altering effect.

While you are inside the Arena there are four Sigils which spawn before each round. You can simply walk over to one and activate it to gain a unique bonus which will apply while you are in the Arena.

Grants a powerful heal over time.

Grants a damage reduction to all effects and reflects ranged attacks.

When you reach Veteran Rank 16, the current level cap, you will be ranked in leader boards at The Maelstrom Arena based on your Class. There are 4 leader boards, one for each Class. You can earn points in the Arena in a variety of different ways.