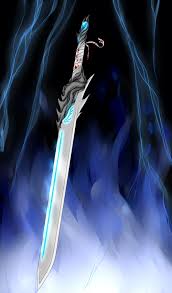 this build will fit with any set as long as to doesn’t focus too much on one stat try for any set that will increase damage or just general survivabillity personaly i like to use Death’s Wind as the bonuses will increase your survivabillty rate and the 5 item bonus will push back and stun enemies when you happen to get low on health giving you a bit of extra wiggle room to pick off each enemy one by one  i use two handed swords for this build because of the heavy weapon passive for extra damage and the mutiple target attacks which of a sort fixes the nightblades weakness when i comes to AoE attacks which could never really hurt to put on.

The Night Raid is abuild for those who find themselves a little bit more squishier than others in a fight. From personal experience i have found myself constantly getting killed in a dungeon quickly if i am not having a DragonKnight taunt every enemy in the map. Rather than stating The Night Raid is either a Tank or Damage based build it does both but not too much one or the other.

Choose for what you wants to focus on Damage or Tank i prefer putting points into both rather than one or the other but people might get mad at me for saying this again but “TO EACH THIER OWN SO DO WHATEVER YOU WANT”.