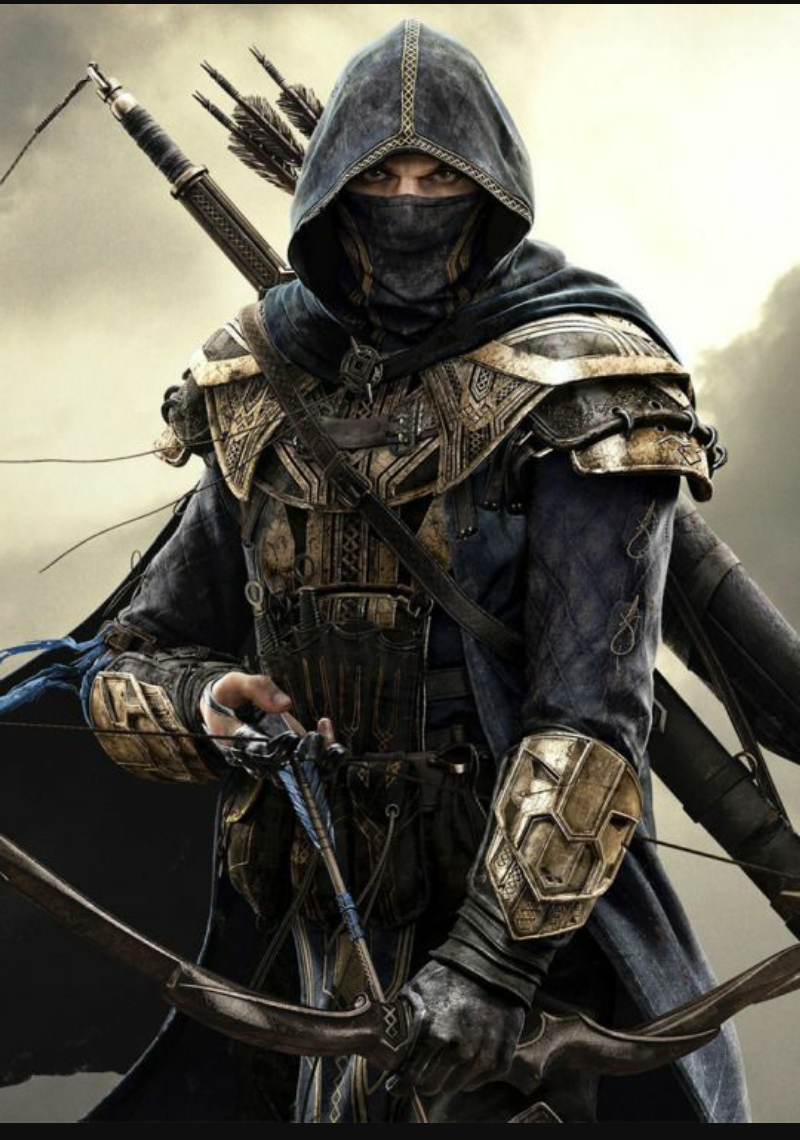 There are a few possible setups for this build that all work effectively. The recommended sets are Marksman's Crest, Morag Tong, Hawk's Eye, Sheer Venom, Night Mother's Embrace and Hunding's Rage.

The setup that had the highest damage potential is the following:

The purpose of this build isn't for 40 metre bow snipes, instead it's a 20 metre burst attack with a bow.

Other: This build works better in a group as melee players are able to protect you from enemies. Shimmering Shield is used when in open combat against ranged opponents. Try not to stay in combat for too long. If the battle gets dragged out it's best to disappear from the fight momentarily.

GUILD: I'm an Aldmeri Dominion player on the PC EU server. If you would like to join my social guild (Eagle Empire) send me an in-game message for an invite or if you have any questions @WhiteFang_Wolf.