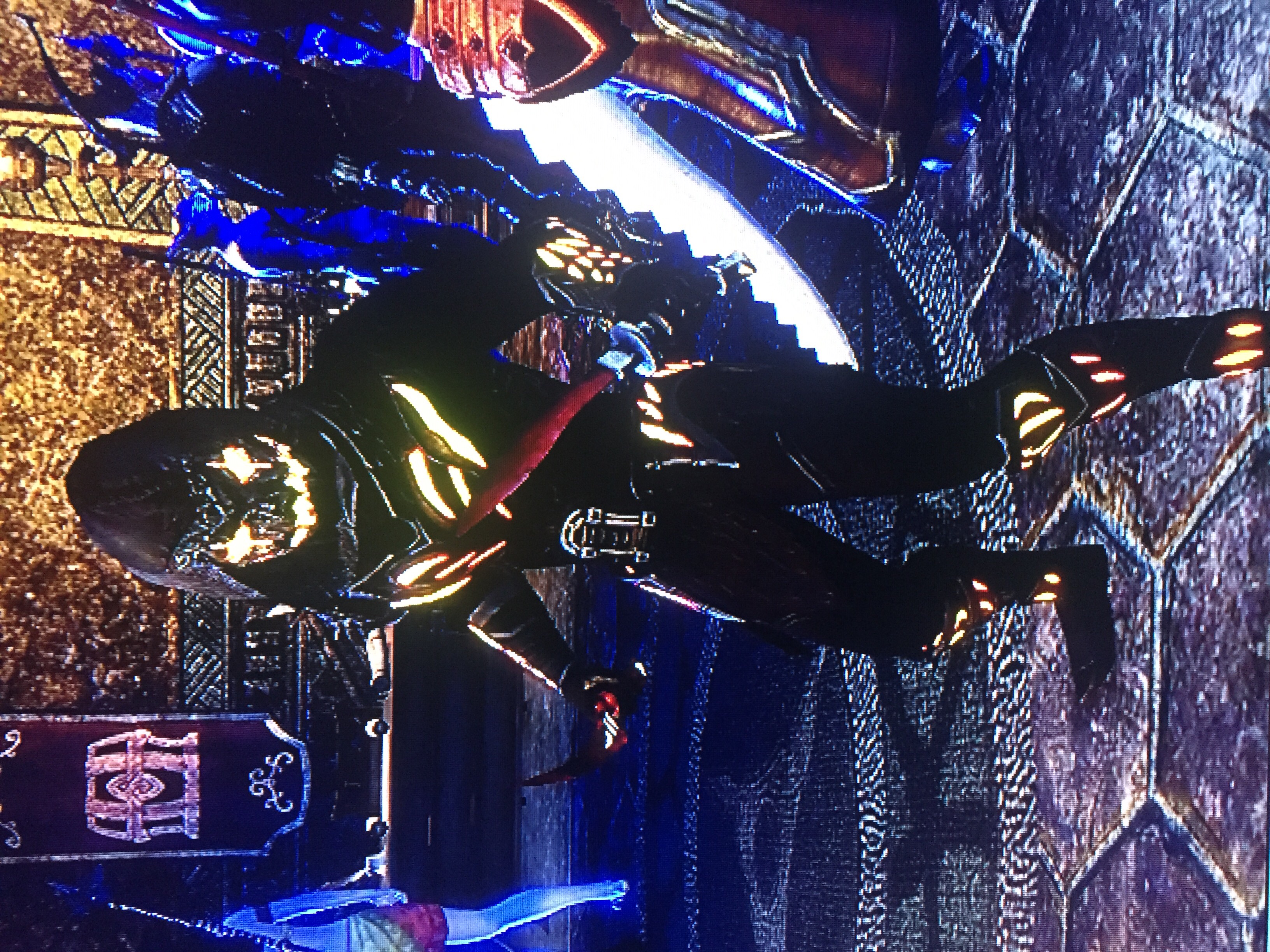 For this build, I run 3 sets: Hunding’s Rage (6-trait crafted set), The Viper (Fungal Grotto farmed), and The Velidreth monster set (vet Cradle of Shadows). The hunding’s rage is four-piece medium armor, along with the bow and one dagger. Viper is completed by four pieces of armor and one dagger. This way, the Viper is only completed on the dual-wield bar, where it most procs.

The armor is all in divines, for the most critical burst possible.

For this build, you will want the most stamina you can get while still having enough max health to not get one-shotted in pve content. I run basic max health/max stamina food, along with either basic stamina or stamina/weapon damage potions. For a mundas, I chose Thief hands down for the amount of critical damage a nightblade can pull. I also have the jewelry all enchanted for weapon damage, with the bow having a disease damage and the daggers having bezerker and absord stamina enchants.

Werewolf is a possibility, though not required. Just be careful that you have enough health to sustain yourself in werewolf form, because of the medium armor’s lack of resistance.

As far as combat style, I base it on where I’m at. At a distance, the bow skill setup allows for good single target damage, as well as good damage over time. When it comes to ads, I will usually use draining shot, send out the arrow barrage, and then, moving in, put out extraction, caltrops, and steel tornado. With the viper set proccing, you with have a very good deal of ad wipe with these skills combined.

As far as pvp, it has had limited testing, so I won’t say it works perfectly. If it was used in this way, I would recommend a ganker build because of how squishy it is. This means STAY IN STEALTH until opportune moments when you know you can melt someone. I would also recommend slotting the skill “ambush” rather than extraction on the melee bar, and perhaps using weapon power potions to get the major brutality buff.

All green points I use in Tenacity, Mooncalf, and then the leftover split between Tumbling and Shade. I split my blue points fairly evenly between all of the Ritual buffs (you may chose to maneuver these points around here as you please, based on your gameplay style. All my red points are split between Resistant, Elemental Defender, and Hardy, with a few being thrown into Thick Skinned.